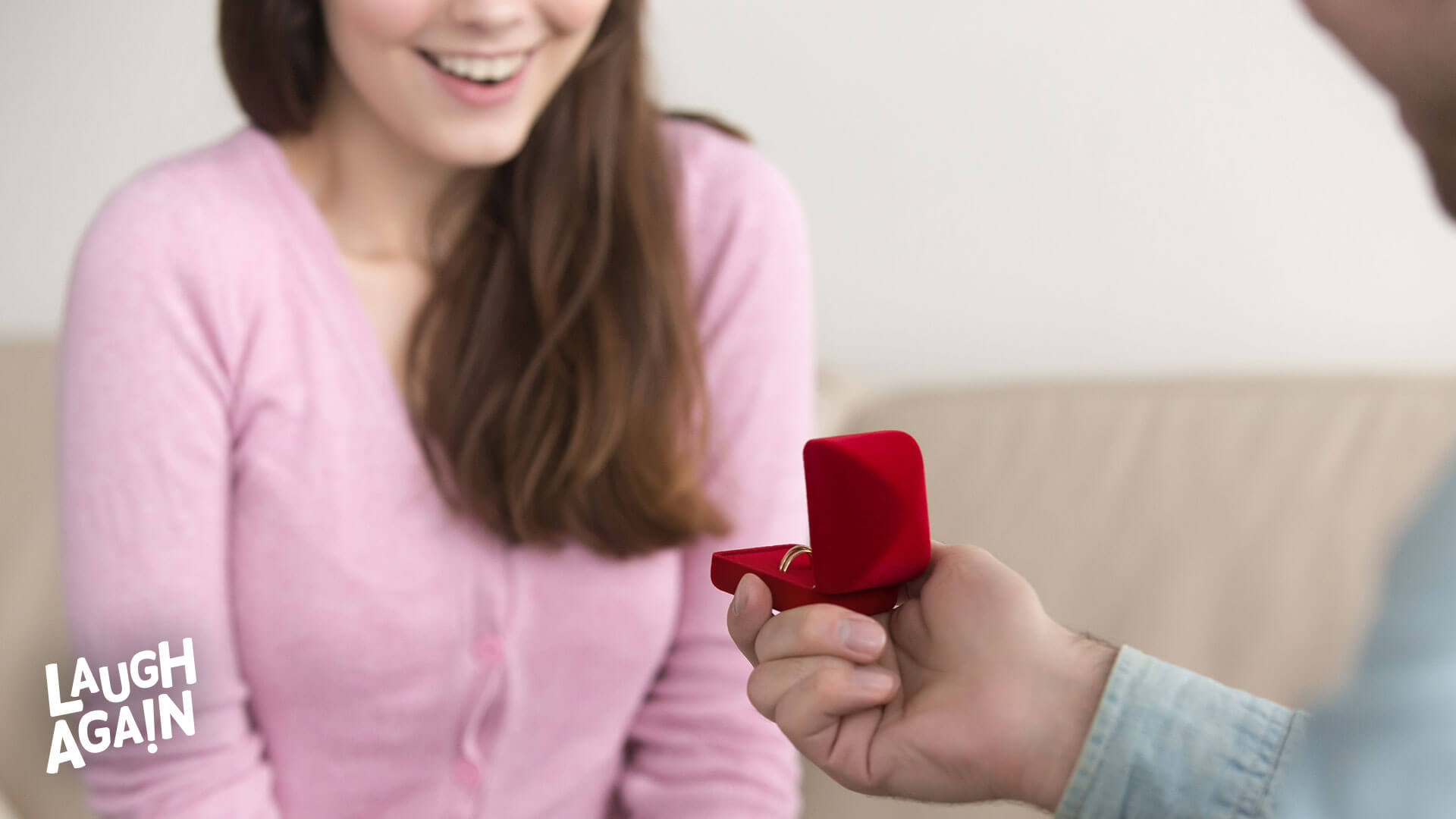 When my daughter was 15, she hung a Bible verse on her bedroom door. Psalm 56:1: “Have mercy on me Oh God, for men hotly pursue me.” And boy did they ever. They wanted to date. Rachael said no. “Why?” I asked her. “They’re not the kind of guys I wanna marry,” she said wisely. “Besides, I like dating you. You pay for everything.”

And I did. Then along came Jordan and that changed. It was surprising the things he would do for free. He cleaned the shed, repaired the dryer, mowed the grass, and correctly assembled a barbecue, though there were parts left over. When he asked if he could date my daughter, I talked to him while sharpening a knife. I told him I’m not real big but I have tons of friends. I told him nothing on earth matters more to me than this girl; that we’ve prayed for her every single day of her life. That she’d find a guy who doesn’t talk about God as much as he loves Him. And I told him about the video surveillance units we’ve installed in every room. And in his car.

He chuckled nervously. “I’ll be good to her.” And he was.

One day after washing dishes, Jordan tip-toed up to my wife and I like a porcupine entering a balloon factory.

“I was going to ask you about, uh, marrying Rachael.”

“You have the right to remain silent,” I informed him. Then we told him how thankful we are that he loves Jesus. And I asked a few simple questions: Why do you want to marry her? Will you be stronger together than apart? What will you do if marriage doesn’t turn out the way you planned? Easy stuff. Then I suggested we talk about these things during the seven years he would spend raising cattle for me. He laughed.

Three days after Christmas, Jordan got down on one knee, and popped the question: “Will you marry me?” And Rachael said, “Yes.”

Life moves fast sometimes. We’re okay with that. We struggle to trust, but we’re working on it. We pray more than ever. We remind each other that these kids were never ours; they were on loan.

Sometimes we watched them in the car talking about their June wedding. (The picture was quite clear from these new-fangled surveillance cameras). They were planning a lavish catered affair, but I thought we should have a backyard potluck. A-E, bring a hot dish. F-M, salads. N-Z, toasters. I hadn’t mentioned it to Rachael. But surely she would leave that decision up to me.

After all, I’m the dad. I pay for everything.