I used to hate telling people about my faith. I would sit on an airplane, knowing that if it crashed, I was responsible for the eternal destiny of everyone on board.

When our kids were younger, we were privileged to spend a week in Mexico — thanks to my uncle “Air Miles.” On the trip home, we were scattered throughout a packed airplane. Beside me sat Mike and his girlfriend. He introduced himself to me by saying, “Did you get drunk a lot in Mexico?” “No,” I laughed. “I had a ton of fun sober. How about you?” “Man, I got drunk every night. It was so cool.” “How did you feel in the morning?” I asked. “Oh…I threw up a lot. It was awful.”

Before long, we were laughing together. Then out of the blue he asked, “What religion are you?” I said, “I’m not religious.” He said, “I’m sort of a Buddhist, but sort of, like, a Christian Hindu. We’re studying religion in University. My prof says the important thing is tolerance, but most of all, I’m just learning to believe in myself.” “Did you ever let yourself down?” I asked with a grin. Mike laughed. “Yah, but I’m getting better. So…are you an atheist?” “No,” I said, “I just have a relationship with Jesus. He’s changed my life.” “Oh, Jesus is cool,” Mike said. “He was a good teacher. Like Mohammed or Buddha.” “Well, I used to think that too. But what if your prof came to class one day and said, ‘I’m the Son of God, and no one comes to God except through me?’” “I’d think he was nuts.” Mike paused, then a light came on. “Jesus claimed to be the Son of God, Mike. Either He was lying, He was crazy, or He was right. They didn’t crucify Him because He was a nice guy or a good teacher. Either He was a liar, a lunatic, or He’s Lord (I was paraphrasing C.S. Lewis). “I know.” Mike nodded. “He must be Lord.”

Down through the centuries, millions have come to that same conclusion. That Jesus Christ, God’s Son, lived a sinless life, was crucified in our place and rose from the dead. That He defeated death so we might live with Him forever—and live abundant lives down here. That day before exiting the plane, we exchanged addresses so I could send Mike and his girlfriend Bibles. They met my wife, who smiled and said, “I’ll be praying for you.” I told them that if she does that, they won’t have a chance.

They laughed and said they wouldn’t mind at all if she did. Today, would you do three things? Be yourself. Love the people around you. And remember how much God loves them too.

A Duel to Remember

I’m a born and raised small town, picket fence, barefoot in the summer kind of guy. My hometown was so…

I’m sure you’ve never complained, but we all know people who have. Here are a few of my favourite complaints…. 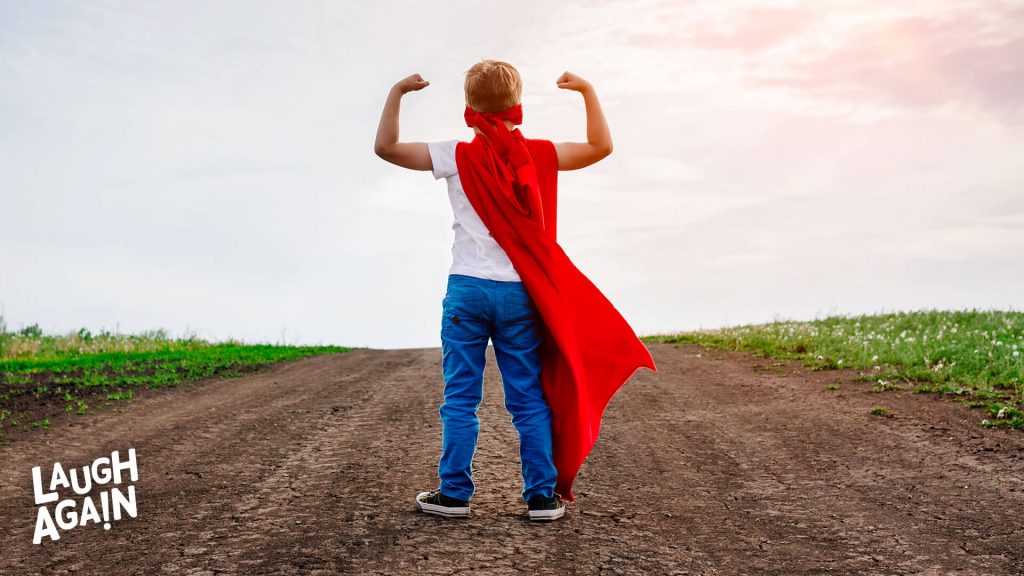 We Need A Hero

Each morning three-year-old Ray asked his mom to pin a bath towel to the shoulders of his size two T-shirt….