Do you have any atheists in your life? I hope so. I hear all the jokes like, “God doesn’t believe in atheists.” Or quotes like the one from Woody Allen: “How can I believe in God when just last week I got my tongue caught in the roller of an electric typewriter?” But for me, atheism has a face. His name is Roger.

Some time ago, I learned about a website where Christian pet owners can hire atheists to look after our pets after the rapture—you know, where we get taken up to heaven. So I sent off a goofy email. Roger replied. We struck up a friendship and before long, we began comparing dogs. I sent him a cartoon one day. Two fleas are walking along on the back of a dog between hairs the size of trees. One flea says to the other, “Sometimes I wonder if there really is a dog.” I told Roger that I can’t prove to him there is a God. But to reject the claims of Christianity I’d have to ignore some rather large hairs. Here are just a few:

1) Why is there something rather than nothing? Nothing comes about without some outside cause. Call it one big mysterious bang if you will, but what caused that bang and the perfect calibration that followed?

2) Why is there the beauty in music, and these dogs, and a sunset, and the longings they evoke in us? If we are products of meaningless, random forces, why is there the sense that life and love mean so much?

3) And what do you with Jesus? Historians agree that Paul’s letters were written just fifteen to twenty years after Jesus’ death. So how could Paul get away with writing his own eye-witness account and his claim that the risen Jesus appeared to over 500 people at once—most of whom were still alive?

Romans 1:20 tells us that “ever since the world was created, people have seen the earth and sky. Through everything God made, they can clearly see his invisible qualities—his eternal power and divine nature. So they have no excuse.” God has left us clues wherever we look, about His existence, His character, and His great love for us.

So let’s represent Him well today. If you have a Roger in your life, keep praying and keep being faithful.

Often Roger and I disagree, so I’ve learned to circle back to talking about dogs and family and the stuff of life. After all, my role isn’t to change him, but to be there, to care. And sometimes to help him laugh. Which he did when I told him about the dyslexic, agnostic, insomniac who lies awake all night wondering if there really is a Dog. 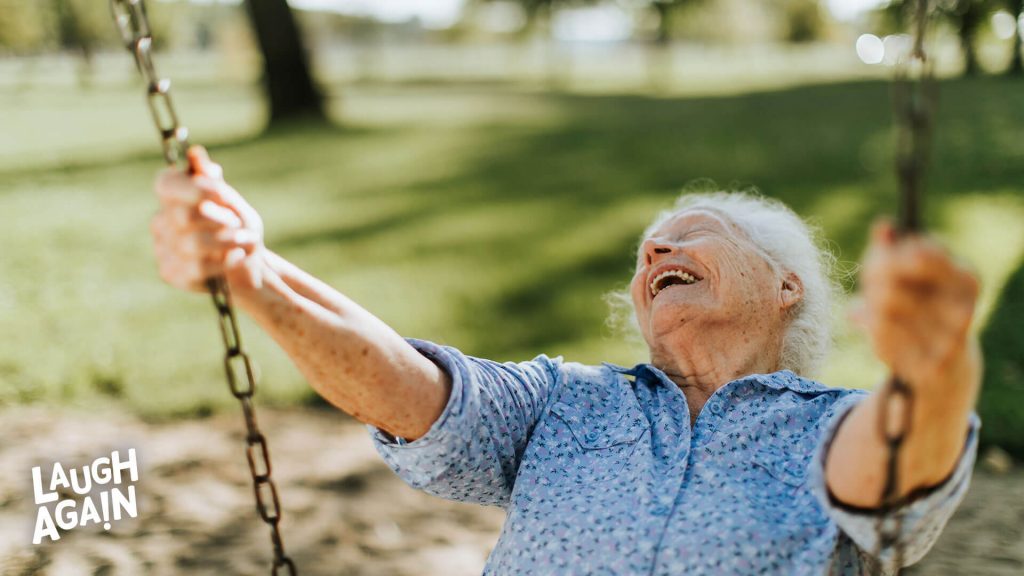