When I was a kid, it was almost impossible to get a good snapshot of yourself. No one took selfies in those days. You couldn’t afford them. You bought film and mailed it away to be developed. And about 20 of 24 of the pictures came back completely black because the camera malfunctioned. Of the four good pictures, one might be of your eyebrow.

Whenever Grandpa Callaway visited, he brought his camera and a box of flashbulbs. We spent half of Christmas day trying to get one good family picture. We’d get all dressed up, slick our hair back with Vaseline, smile widely, and Grandpa would click the shutter – and, nothing. The flashbulb wouldn’t flash. So he’d mutter something and pull the bulb out, shake it, study it, lick it, and jam it back in. Then the flash would go off while the camera was pointed at a lampshade. Finally, on the thirteenth attempt, he would snap a picture in which my parents were smiling but the rest of us were smacking each other or glaring off into space. By the time Gramps got a picture taken the Vaseline had hardened. You could feel this crusty layer up there for a week. So, obviously, I love new technology.

In 2013 the Oxford Dictionary introduced the word “selfie.” Next came the selfie stick, which allows us to take our picture all day. Here are a few types of selfie. There’s the “I’m-In-Bahamas-While-You’re-In-A- Snowdrift-In-Montana” selfie. There’s the “Me-And-My-Pet-With-The-Same-Expression” selfie. There’s the “We’ve-Got-Great-Seats-At-the-Concert-While-You’re-At-Home-Doing- Boring-Stuff” selfie. I’ve taken a few selfies. My favourite is a close-up of my nostrils which I took by accident. We’ve always been self-centered. Now, we are certifiably selfie-centered. Four out of five social media posts are about one topic: me. We are living for likes. Scientists say that when we receive positive affirmation from our posts, our brains release dopamine, a legalized drug that gives us a buzz. We are literally addicted to ourselves.

Of course, such tools can be used to encourage and build others up, and I will continue doing that. But if those things that we want more than God are idols, well, yikes! Let’s never let a good thing become an ultimate thing. We’ll end up missing the great joy God has for us. I’m not for returning to the flashbulb, but if we want the joy back, I think we should have more visits and phone calls, more actual face time. And more time with Jesus, who made Him self of no reputation, who asks us to deny ourselves and follow Him. To stop living for likes and start living for the one who loves us. 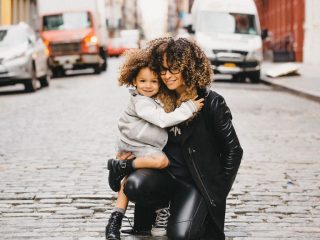